I’ve always been a lazy gardener. Ask my husband. The lawnmower made a weekly pilgrimage through my old garden because I never kept the edges under control. Weeding is not my forte. Watering is an afterthought.

But eating? Eating is something I’m really good at. Hence, we keep a garden.

We’ve looked at raised bed and square foot gardens for a few years now. The magazines promise easy, carefree produce. The people we talk to raved about the easy organization and lack of weeding. And our master gardener friend who lives down the road was still asking us if we wanted carrots in NOVEMBER.

So. This year is the year of raised bed gardens at our farm. We’re doing it. Okay, Jason’s doing it. He built the beds, shoveled the compost and manure, hauled the giant bags of vermiculite, and planned the whole thing out. I, uh, helped carry the boxes.

Here are the basics:

The pre-babies me would have started seeds a long time ago, but the realistic me knew that dirt in cups not kept under lock and key would be fodder for toddler temptation. So we’ll be starting from seeds and scratch…except for tomatoes. I like to buy tomato plants. (Honestly, because in the beginning nothing-is-growing stage, it keeps me from despairing that I’ve killed the plants before they even had a chance to grow.)

I’ll check back in with a few progress reports when something’s happening.

(Hopefully something happens and we didn’t just shovel a bunch of cow poop in our garden for $%#ts and giggles.)

Hey! I’m guest posting over at my great friend Addie Zierman’s blog as part of her One Small Change series. Addie is a STELLAR writer, thinker (with a new book out!) and member of my writing group, and this series has been a huge source of encouragement to me. Each post has taught me how to incorporate better stewardship of the world I live in into my life. Head over and check it out, and be sure to read some of the other great posts. Oh, and buy her book. Really. Do it.

Here’s the beginning to get you started. 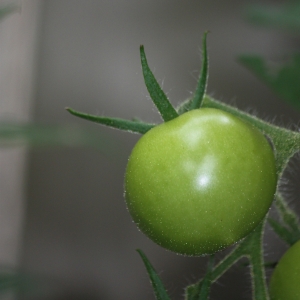 I grew up surrounded by food.

Come July and August, my mother became a produce machine. Corn was cut and frozen. Tomatoes were canned for salsa and sauce. Mulberries were boiled with sugar and lemon and canned as sauce to pour over vanilla ice cream. And when the freezer was getting low, my dad sent a pig or a cow to the butcher, and came home with boxes and boxes of white paper packages carefully labeled in blue meat locker ink.

But when I stepped out from under my parent’s roof, food took on a different shape for me. A new, costlier shape. It was no longer just, well, available. What was worse, I started seeing it in terms of dollar bills that, as a college student, I never had enough of.