Two weeks ago, we got a decent amount of sleep and it wasn’t freeze-your-face-off cold, so we did baths, dresses, scrounged out some hair bows and shoes, and went to church. After the service, I was lamenting with a friend about this current, sleepless phase of life. She looked at me, smiled, and put her hand on my arm. “Someone once told me that whatever phase my kids were in, I should just embrace it.”

My internal hackles shot up. I finished listening to her story, and I think I even smiled Minnesota nice. But all the way out the door I ranted to myself.

Embrace it? Embrace the fact that I haven’t slept more than 3 consecutive hours in over two months? Embrace the bone-tired ache that accompanies me through most of my days? Embrace what must look like some horrible comedy in the middle of the night – the crying baby, the startled eyelids, the tensing of every muscle, the parade of untangling myself from the covers, struggling with my bathrobe, and stumbling in to whoever is crying before the rest of the house wakes up too? 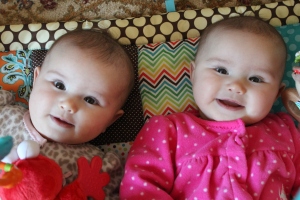 On average, the girls are still waking up at 12 and 2. And sometimes at 3. I don’t really know what to do at this point. I’m not feeding them in the night anymore, (both girls hit the 65th percentile for weight and 70th for height at their 6 month appointment – clearly they aren’t starving) so it’s just a matter of calming them down and getting them back to bed.

Ellis is also joining the middle of the night fun. The other night, Jason heard noises across the hall around 3:40 am. He went to her room only to find every light on, and Ellis buck naked, jumping up and down on her bare mattress. Her reason? She was just happy, daddy.

Apparently everyone just needs a little calming down lately. The days may be getting longer, but the darkness still slides too quickly into the afternoon. I’m never ready to start the evening’s tearful tango sessions all over again.

Which is exactly what I was doing, two Sundays ago, somewhere in the middle of the sleeping hours.

My bare feet were cold. My ponytail was somewhere off the left side of my head circa 1986, and in my haste to get to the baby, I had put my bathrobe on inside out and couldn’t tie it. I had some sort of back and forth sway motion going, and Lucy was fighting going back to sleep, her hot little fists alternately waving and gouging into her eyes.

I thought to myself, “Ha. Yes. Embrace it Rachel, just emBRACE the moment.”

And then I stopped. I want to say I had some sort of beautiful, shining epiphany. You know. The moon, the comforting sounds of the house, that kind of thing. But I didn’t. Nothing happened. I just realized, in the stupor of being half asleep and half awake, that I was probably overreacting.

That in the grand scheme of things, this wasn’t so bad.

So much of how I see things depends on my perspective. And when I’m half awake most days and nights, my perspective is pretty puffy-eyed and narrow.

Sure, not sleeping sucks. Literally. It sucks every last bit of energy of my living soul and by 4:30 pm every day, I’m on zombie autopilot. But still. I’m up because I have babies. Healthy (albeit not sleeping) babies.

When things are difficult, I think I have a tendency to mentally hang on the hardship of it all. It’s as though quantifying the difficulty gives me a pass, for the time being, to do X. Or not do X. Anything, really. I don’t feel like I have to hold myself as accountable when circumstances are not in my favor.

But that’s not what good character is, or does.

So every time I leave the babies’ room at night, I pray “please let them sleep”. And then I add “and when they don’t, give me strength.” Just because I didn’t rest does not mean tomorrow won’t lighten the horizon. Ellis will need breakfast, the babies will wake with their own set of demands, and life will explode into chaos in a very short time span if I can’t gather myself up and go on.

Meanwhile, “This week has been a disaster, Faye.” (Yes, we recently watched What About Bob?)

It disarmed me starting off – seven hours of sleep in a row on Sunday night. Glorious. But Monday and Tuesday passed in blurs of (what I’m guessing is teething) rage, which totally cancelled out any victory in the seven consecutive hours. Maybe I’m just spoiled – the girls are normally very mild and easy during the day. This week, not so.

A not so happy moment

I’m talking SCREAMS. And in case you weren’t aware, apparently my girls all have the lungs to be opera stars. These are the red-faced, squint-eyed, inhale with all your power and blast out the most horrible manner of noise possible for a human being to make type screams. The don’t put me down screams. Don’t feed me screams. Don’t stop feeding me screams. Don’t change my diaper screams.

Whatever that was about, we all caught a break and had a better day today. And tonight, everyone was sleeping by 8:30 pm. Jason included. (The poor guy can’t get enough uninterrupted sleep to combat a month-long battle of being sick.)

I’m not going to lie. I simply can’t embrace this week. That feels a little like opening my arms to a hungry, stink-eyed grizzly. But I will keep trying to remind myself that with a little perspective comes the reminder that it’s also not that bad.

And sometimes, that’s all any of us can hope for. 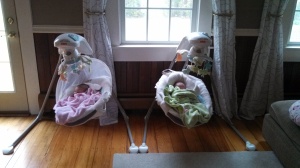 I didn’t know how good I had it. That’s usually the way it goes, right? We went through our days of infancy on a pretty routine schedule – eat, activity, sleep. Except by sleep, I mean that I put the babies in their swings and let them fall asleep there.

In my own defense, what else can one person do with two crying babies? I only have two arms. The swings seemed like the perfect way to keep them sleeping and secure. But when I went anywhere that didn’t have my magic swings, the girls had a difficult time taking any sort of nap. I chalked it up to different environment, but what I didn’t realize was this.

The swings had created a monster. (Two adorably sweet monsters, to be exact.)

I have a theory here – and it’s just a theory mind you – that the girls didn’t learn how to calm themselves down at an early age because whenever they fussed, I put them in the swings to calm them down. The constant motion lulled them to sleep, yes, but it took away the need for them to do one very important thing. Self soothe.

This was a problem, as were a couple of other things. So we took a giant leap right after Christmas.

1. We moved the girls into separate cribs

Hey sister-friend, what do you think of the whole arm-out system?

2. We stopped using the swings to lull them to sleep for naps and bedtime

3. We quit swaddling their arms

4. We moved Ellis into a big girl bed (so that now she can climb in and out with ease, open her door, and demand such things in the middle of the night as “a wittle drink”, help finding the tag on her blanket, and my personal favorite, to go poop.

In short, we started sleep training. Here’s why we decided to give it a go.

All of these things added up to one huge problem. The girls had not learned how to self soothe. Using swaddles meant that they couldn’t reposition themselves in the night if they were uncomfortable. Using swings to fall asleep meant that unless we had the swings with us 24/7, (or Fisher Price decided to come out with the giant toddler version) the girls didn’t know how to get to sleep on their own. And sleeping in the same crib meant that the twins could always rely on one another’s presence as a comfort and sleep aid.

So began one of the longest periods of sleep deprivation I’ve ever experienced.

The third night something had to change. It seemed like they were kicking a lot, so I unzipped their swaddles and left their feet out. This is not how swaddles are meant to be used. Miraculously, no one suffocated. The twins were up four times, and Ellis up three. Strike Three.

The fourth night I was out of my mind exhausted. I tried putting them to sleep in the same crib again, in case they weren’t ready for separation. They screamed bloody murder for 20 minutes with a soothing period between until I separated them again. I don’t know how often they woke up that night. I lost count. 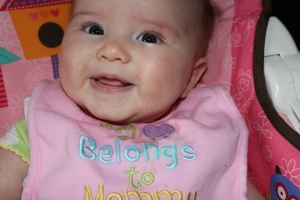 So on and so forth. We tried formula before bed. We tried rice cereal. We tried laying them down earlier. Later. We tried swinging and singing, less pajamas and more pajamas, white noise and pacifiers, stuffed animals and warm bean sacks. It all started to feel a little like voodoo. You know. As in, maybe if I stand facing west, sing three verses of Children of the Heavenly Father, two in English and one in Swedish, bounce 37 times and put you down when your eyes are half-open, you’ll sleep.

Let’s be real. I am going crazy. We’re not out of the woods yet. But we are settling into a few things that seem to work after trial and error. Here they are, in no particular order.

The sad part is that all of this progress combined only yields 6 hours of sleep for me at the most (and that has only happened one time). But after the past couple weeks, 6 hours seems like a gold mine. So it’s my new goal.

In the meantime, Ellis has all but decided to stop napping, the average temperature high has been -10, and I finally mailed my Christmas cards yesterday. 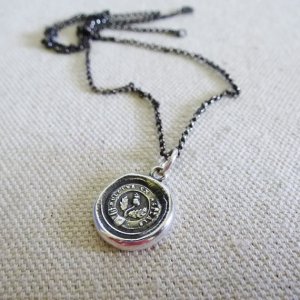 I’m not complaining. Just weathering the storm. My mom got me a beautiful wax seal cast in a silver medallion for Christmas – it’s a picture of a thistle flower and the inscription reads Dulcius ex asperis (Sweeter after difficulties) – it’s a perfect reminder that difficulty can produce good things if approached the right way.

I’m measuring my approach. I’m exhausted, but I’m praying to be given the strength to do what I can for my girls on the day I’ve been given. Most days, amazingly enough, it comes.